Is Universal Credit here to pay? What do the courts say? Asks Ripon Ray 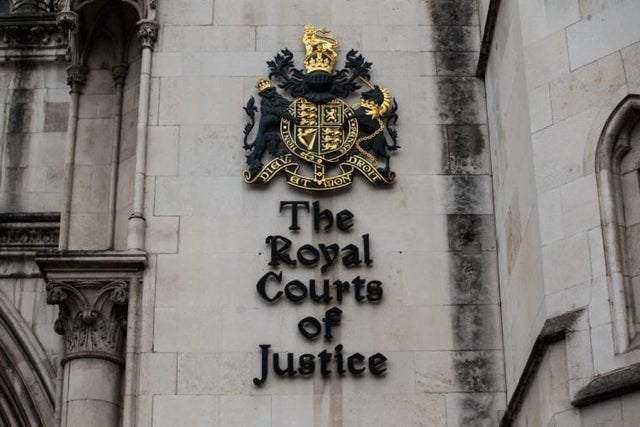 It’s clear from consecutive governments that our welfare system is not here to pay for those who are genuinely in need of help when they suffer actual financial hardship. It will penalise and leave you in destitution. Social landlords have already said that Universal Credit (UC) is pushing people to the verge of homelessness. Peobody Trust, a housing association, confirms that 30% of  their UC claimants have gone without essentials like food; and rent arrears are almost six times  the average, compared to the arrears of  the previous housing benefit claimants. Whether the current government is going to make a U-turn on its flagship policy, regardless of a number of conundrum, is no where to be seen.
The birth of the financial crisis in 2008 was the welfare reform. As part of a number of changes, post crisis governments introduced cuts on local government funding by 40%, benefit cap, bedroom tax and the introduction of the council tax reduction, replacing full council tax benefit support had claimants been deemed too poor to pay.
Introduction of UC should be considered in this context. One can realise that the purpose of this policy is to save money in times of austerity. However, UC was sold on the basis that work is going to pay. There is the tapering system that takes only 63 pence from every pound UC claimant  earns as a worker or employee. If addition, UC can extremely harsh to claimants in other categories.
The minimum income floor puts the self-employed at a disadvantage. This was confirmed in the case of Charmaine Parkin, the case brought by Equity the actors union. It does not matter whether Ms Parkin was left in destitution due to her work.  In her case, she was worse off than being unemployed.
If you are a worker, and your employer makes an administrative error, the claimant has to suffer the financial loss and live in poverty. If an employer pays two pay slips in one assessment period because it's convenient for the employer, the recipient may find that on the following assessment month, they are not in receipt of any payment because DWP’s computer will declare, that they have been paid too much. Therefore the computer will refuse to give more money.  It may then take the claimant out of the threshold of entitlement to any benefits from UC.
It so happens that the current successful challenges in courts against UC are connected with disability rights and migration to it. Natural Migration is triggered when a claimant’s circumstance have changed in such a way that  they are not entitled to legacy benefits. They are then forced to apply for UC.
Most obvious types of natural migration occur when claimants move to another borough and are then told they were ineligible for previous benefits. Such a scenario is most conflicting when disabled people lost out on severe disability and enhanced premiums when they moved to UC. Under Managed Migration, however, they are provided with Transitional  Protection, a top up of the shortfall of payment until your circumstances change. It was in this context that two cases went to the High Court to argue that, due to claimants moving onto UC, it discriminates against them. They were moved onto UC with Managed Migration. DWP appealed against the decision of the High Court. The Court of Appeal upheld the decision of the lower courts. It means that those who are moved onto UC through Natural Migration must be compensated for the loss of Transitional Protection.

Universal Credit was sold to members of the public on the basis that it was meant to be simple, fair and here to pay to those who need financial support. On the face of it, it's anything but!

August 18, 2017
It’s a well-known fact that individuals who suffer from a hampered mental capacity - be it mental health or learning difficulties - are most likely to be vulnerable in our communities. They are also more likely to be victims of miss-sold products and services by companies, even though organisations that are providing financial products and services have a duty under the Financial Conduct Authority (FCA) to take extra care towards these individuals. This is what the FCA has to say about vulnerable customers: ‘  The vulnerability of the customer, in particular where the firm understands the customer has some form of mental capacity limitation or reasonably suspects this to be so because the customer displays indications of some form of mental capacity limitation  (see  ■  CONC 2.10) But due to a culture of intensive selling to consumers, generated by employers placing and enforcing - often difficult and unrealistic - performance goals which are attached to tempting
60 comments
Read more

March 25, 2019
PUBLISHED:  09:02 13 March 2019 |  UPDATED:  09:03 13 March 2019 Emma Bartholomew Ripon Ray: Picture: Rukya Khan ​Debt advisor and radio talk show host Ripon Ray tells Emma Bartholomew how he’s seeing more and more people who are unable to just pay the basic bills Ripon Ray: Picture: Nick De Marco Self-confessed “arty-farty creative” Ripon Ray originally set out to be a fashionista in life, when he “found his calling” and changed track to become an activist. He’d been studying at the London School of Fashion, but going on an anti-fascist protest “triggered a couple of things”. “I dumped my studies and went to Kingsley College where I was doing full-on activism, and organising protest marches,” he told the  Gazette . “I loved it but I got kicked out of there because I was too much of an activist and I wasn’t focusing on my studies.” He knuckled under, bagged a history degree and started out in the charity sector as a housing advisor. Being mugged i
43 comments
Read more

March 16, 2018
‘I have not been able to pay my council tax for last four years. Bailiffs have lied to me to get money from me. I still can’t afford it!’  says Joanna Robinson on Money Matters show on East London Radio in March 2018.   During the period 2016-17, bailiffs were used by councils on nearly 1.5 million occasions in order to attempt recovery of council tax arrears. As in Joanna's case, residents were summoned to court for being too poor to pay - accruing court costs, subjected to the ignominy and anxiety having to face enforcement agents, and already too poor to pay, further indebtedness.   As I hear the horror stories of bailiff’s knocking on debtors’ doors under the new Council Tax Reduction Scheme (CTRS), I am beginning to worry that the Scheme is really just a Poll Tax rehash. I was too young to remember what the Poll Tax was when it was first introduced in the late 1980s. My parents never spoke about it. In my work I started to notice from 2013 onwards that mo
35 comments
Read more

Ripon Ray
My name: Ripon Ray. I am a consumer, debt and welfare rights specialist. I am a regular contributor to BBC Asian Network and James Cannon's advice and information show on BBC Sussex. I have been on BBC Money Box, BBC London Radio and LBC. I trained the Institute of Money Advisors, Trust for London grants managers, Positive Money campaigners on a number of money and debt related issues. I specialise in debt and universal credit and am a registered money trainer with the Money Advice Trust. My interest in education made me channel my energy on educating members of the public on universal credit by setting up Universal Credit Action Network (UCAN), a campaign and education forum. You can find more on UCAN here: Www.onlineucan.org