Ripon Ray: Picture: Nick De Marco
Self-confessed “arty-farty creative” Ripon Ray originally set out to be a fashionista in life, when he “found his calling” and changed track to become an activist.
He’d been studying at the London School of Fashion, but going on an anti-fascist protest “triggered a couple of things”.
“I dumped my studies and went to Kingsley College where I was doing full-on activism, and organising protest marches,” he told the Gazette. “I loved it but I got kicked out of there because I was too much of an activist and I wasn’t focusing on my studies.”
He knuckled under, bagged a history degree and started out in the charity sector as a housing advisor. Being mugged in Victoria Park made him rediscover his penchant for politics, however. He began a safety campaign, blaming the lack of street lamps for the attack, and joined the Labour Party to raise the issue.
“I was outraged and wrote emails left right and centre,” he said. “Since then I haven’t looked back.”
The debt advisor hosts a weekly radio show on the Bengali radio station Betar Bangla where he takes calls from people with money problems. A welfare rights campaigner, last year he urged Hackney not to reduce council tax benefits. Now his attention is firmly set on the Tories’ much maligned Universal Credit.
Introduced in Hackney in October, Ripon claims to have seen its “devastating effects” first hand through working in Tower Hamlets where it was introduced in 2017. He’s been giving voluntary talks to unions, advice bureaus, carers and Labour members.
“I’ve been rampaging around Universal Credits,” he said. “There’s a demand for speakers on the subject as not many people know how it works in practice. I’m seeing the claimants in destitution. Since the welfare reforms kicked in people are having problems paying the bog standard bills, and that wasn’t the case before.
“I’m seeing people who simply can’t make ends meet.”
It’s not all bad news. “Payday lenders are gone,” he said, “and the mainstream lenders have been emasculated by the financial regulator. They have to be so polite, and there is no longer aggression there.” But, he adds: “The concern now is now that people can’t pay the basic essential bills.”
He urges anyone with a problem to call in to his radio show, Your Money Matters on Tuesdays at 5pm.
“The longer you leave it the worse it gets, with debt,” he said.
Email Post
Labels: Betar Banga radio council tax Emma Bartholomew Hackney Hackney Gazette Ripon Ray Universal Credit Your Money Matters 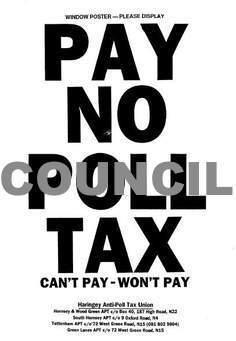