The Post War Welfare State is crumbling - who is to blame for it? Asks Ripon Ray 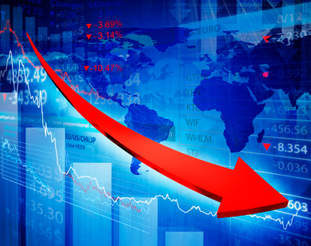 The current welfare state changed in such a way that a true reflection is required as to how this has come about and and its context.

Post Second World War, the Attlee government nationalised the Bank of England, the coal industry, the Central Electricity Generating Board and area electricity boards, Cable & Wireless Ltd, the railways and the local authority gas supply undertakings in England and Scotland. It introduced free education for all by nationalising institutions which were either provided by parishes or philanthropists. The National Health Service was formed and made accessible to everyone regardless of ability to pay.

If you were unemployed there was infrastructure to support you when you could not afford to pay by creating the welfare system as you see today. The expenses of running such a nationalised state was met by cheap loans borrowed from overseas, contributions made by tax payers and companies in times when Britain was losing imperial dominance. Post war employment was near to 100%.

Such a boom would not last forever; an oil price shock lead to a 70% increase in oil prices when Arab oil producers imposed an embargo on Western countries in retaliation for their support for Israel during the Arab-Israeli War in 1973.  This increased costs to industry and was a trigger in their decline. According to a recent Government report:

In the early 1980s over 3 million people were unemployed;  more than 10.5% of the total workforce in Britain.[3] Most of those unemployed were in former manufacturing areas which saw the highest unemployment rate since the Great Depression.[4]  Although the intention of the Conservative Government was to cut welfare spending, due to the high unemployment level, increased expenditure on the benefit system was inevitable.

By the end of Margaret Thatcher’s premiership, nearly all the publicly owned industries and utilities had been privatised. The justification for doing it was to make these firms more efficient and competitive.[5]

The financial industry emerged as a powerful force during this period partly as a result of the deregulation of the mortgage market. This, among other changes, enabled local high street banks to lend mortgages instead of solely local building societies which helped to fuel a rise in house prices.[6] We have also saw the first mass use of credit cards which created a consumer bubble.[7] In 1980 banks created £109 billion. Just after the financial crisis in 2010 it was up to 2,213 billion. In London at least 50% of the sector’s output was generated in this way. [8]

Though this gave finance a powerful presence in the economy, the fracture in this sector began to emerge once Lehman Brothers filed for bankruptcy in the US due to its high exposure in subprime mortgages. Many of the household financial institutions in Britain were also exposed to these toxic investments, so much so that the British government had to intervene to rescue these banks instead letting them go insolvent.  Northern Rock was nationalised; the Royal Bank of Scotland, Lloyds TSB and HBOS were also classified as public owned financial corporations by October 2008.[9] These institutions received over £500[10] billion of tax payers money in order for them to stay afloat because they were deemed too big to fail.

According to Lord Adair Turner, former chair of the Financial Services Authority:

‘“The financial crisis of 2007 to 2008 occurred because we failed to constrain the financial system’s creation of private credit and money.”

Under the Conservative-Lib Dem coalition government, the Chancellor George Osborne stated that the government’s fiscal policy would be to make substantial reductions in public expenditure.  According to the Institute of Fiscal Studies, almost one in three councils have faced 30% or more in budget cuts in real terms [11]. Such cuts reduced the ability of councils to spend on social care, health, housing and education. 90% of British councils have now charged council tax to those who were previously deemed too poor to pay. Local councils in the fiscal year 2016/17 in England and Wales referred 2.3 million debts to bailiffs[12] adding further indebtedness to the most disadvantaged communities.

As local council budgets shrank due to cuts in grants provided by the central government, the welfare reforms also targeted vulnerable communities who have physical and/or mental health problems. As a result of these changes, according to Disability Rights UK, £5 billion has been cut in the last decade from disability benefits.[13]  The same data shows that, cumulatively, £37 billion less will be spent on working age social security benefits by 2021 under the current Conservative Government compared with 2010.[14]

Shelter, the homeless charity,  emphasised that homelessness is increasing year on year.  Currently one in every 200 [15]people are now homeless in Britain. In London, however, the figure is one in 52 people[16]. Polly Neate, CEO of Shelter states the following:

‘Due to the perfect storm of spiraling rents, welfare cuts and a lack of social housing, record numbers of people are sleeping out on the streets or stuck in the cramped confines of a hostel room.’[17]

According to the Trussell Trust, in every area where universal credit goes live, within 12 months of rollout foodbanks see a 52% increase in demand, compared to 13% in areas with where universal credit has been in force for three months or less,[18]  The trust cites delays in receiving the first payment and the process of moving to a new benefit system as the cause.

It seems that the current welfare reforms are removing the safety net which the welfare state was supposed to provide and is putting the most vulnerable people in our society at serious risk. 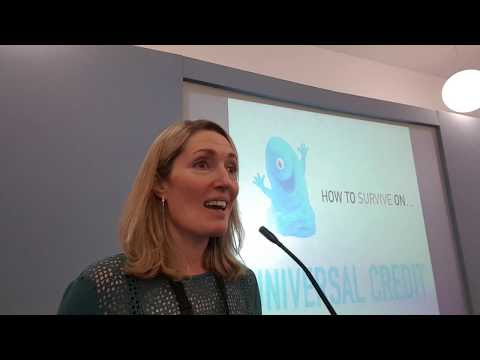