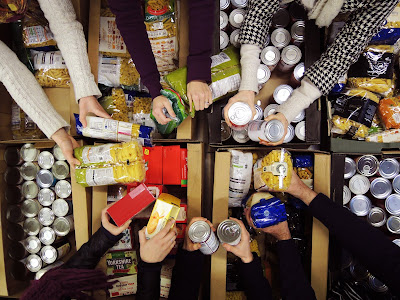 I have noticed a dramatic change in my line of work as a debt adviser following the introduction of Universal Credit in 2013.  It has become common to see clients who are in rent and council tax arrears. In areas where it was initially rolled-out, 73% of claimants were in arrears and owed on average £772. Ian Duncan Smith, former Secretary of Department for Work and Pensions, stated that the policy was meant to take people out of poverty.  Its impact has been to the contrary.

It was one of several welfare reforms introduced by the 2010-15 Coalition Government under the Welfare Reform Act 2012 which was planned for implementation by March 2022 as part of overall austerity measures.


Universal Credit replaces the following benefits: Job Seekers Allowance, Employment Support Allowance, Housing Benefit, Working Tax Credit and Child Tax Credit. Universal Credit affected claimants of working age. Claimants would now receive the benefit monthly and would be responsible for managing their money. For example, rather than making payments direct to landlords, the claimant would be required to update their details by going online.

Council Tax Benefit is no longer included as part of the claim.  Local authorities are responsible for formulating their own policy in regard to the Council Tax Reduction Scheme. At the same time, they are not allowed to increase it by more than 5.99% year on year without calling a referendum. Most councils in the UK are no longer giving full Council Tax Reduction even to individuals who were deemed too poor to pay prior to the enactment of the Act.


Severe disability and enhanced disability premiums that topped up the legacy benefits were scrapped.

Leigh Day & Co Solicitors challenged the lawfulness in removing the disability premiums as existing claimants who migrated to the new system saw a loss of more than £150 per month of benefits on the basis that it is discriminatory.


There were other challenges faced by many claimants. Until 7 November 2016, a couple with children would be capped at £500 per week, whilst for single claimants it was £350.  From 7 November, the cap was reduced further depending on where clients resided.

In areas where Universal Credit was first introduced such as in Oldham one in four tenants were threatened with eviction according to First Choice Homes, one of the biggest social landlords in the area. In Thamesmead, New Charter Housing confirmed 85% of its tenants were in arrears when they moved to Universal Credit compared to 18% under the legacy system.


The Housing element of Universal Credit faced problems due to the requirement for some claimants to show a recent tenancy agreement. Also, if they were affected by the bedroom tax, the housing component was decreased by 14% if they had one spare room. If they had two spare rooms, reduction of Housing Benefit is 25%. To cover the shortfall, claimants may apply for Discretionary Housing Payment; though not everyone who applies is successful.


The Trussell Trust, which operated 30 food banks in the full Universal Credit roll-out areas in England and Wales, published a report: ‘The Left Behind: Is Universal Credit Truly Universal?’.  The Trust’s data showed that 70% of foodbank users were in debt, 57% experienced issues with their mental or physical health, and 56% experienced housing problems due to the introduction of the policy.


The DWP’s draconian benefit sanction was intensified parallel to the implementation of the new benefit system. According DWP’s own data from August 2017 and October 2017, 38% of all the Universal Credit decisions resulted in a sanction and 71% of these accounted for not attending an interview.


According to Citizen Advice, claimants who are self-employed may lose on average £630 a year compared to an employee due to their presumption to have been earning the National Minimum Wage (NMW) under the new scheme.


It seems that those who were deemed too poor to pay their rent and council tax prior to the introduction of the welfare reforms, now must pay towards their council tax  whilst claiming benefits. As a debt  adviser, I am seeing clients who are in rent and council arrears on a more frequent basis. This leads me to conclude that the system does not care about those who are struggling to make ends meet.

O n 13th January 2020 at 6:30pm renowned speakers from the labour movement highlighted the impact of zero hours contracts. I would like to... 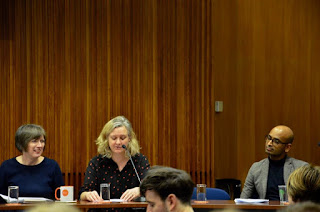