What is to be done with scammers who prey on your money? 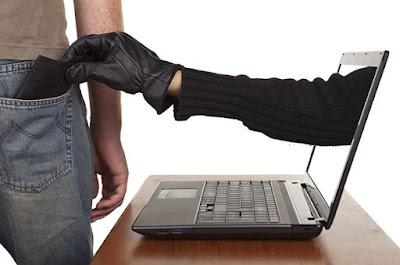 In 2016 in the United Kingdom, according to the National Crime Survey, you were 10 times more likely to be robbed at your computer by someone based in another country than be a victim of physical theft. Financial losses due to being a victim of fraud in such a scenario can be quantified and maybe refundable. Mental and emotional suffering caused by these perpetrators may be a life changing experience for so many vulnerable individuals. How can you avoid minimising devastating financial losses? What remedies do you have available if you have been a victim of such a horrific crime? Are you entitled to any form of support when you have been the victim of scammers?

I know someone who refused to speak about being a victim of a scam in public due to the shame involved. He is a pensioner in his late 70s. He lives alone. He was a proud independent and self-sufficient man. He managed his money meticulously.  His life changed dramatically once he became a victim of a sophisticated scam.

This is his story. Someone climbed onto his roof uninvited and damaged his roof tiles. The victim brought in a professional roof tiler to fix the damage. It cost him a few thousand pounds which he paid out from his savings. Straight afterwards he received a phone call from a stranger. The imposter introduced himself as being a member of the police force. The police needed his help to catch criminals who had committed a fraud otherwise they would carry on doing it with other victims. To verify the caller’s genuine status, he suggested that he called 999 to make sure that the call was genuinely from the police.  However, unbeknownst to him the phone line was open and he was actually talked to his accomplice.  They instructed him that he must not disclose their activities to anyone. It must remain a secret. They quoted national legislation to build trust. They said that to get hold of the perpetrators his support in the process was needed. Thus he was asked to transfer £10,000 into a designated bank account supposedly to aid tracing the perpetrators. It was said that the perpetrators could then be caught in the act of withdrawing the money from the account.

Due to the persistent phone calls and ‘reassurance’ that he was doing the right thing, he transferred the money online from his bank under intense pressure. He made the transfer by a single click.  Once it was transferred, the callers disappeared from contact. Within minutes he phoned his son. He was very cautious about how much information he disclosed to him. His son pointed out that something was not right.  His son then telephoned 999.  The victim has been anxious about building trust with anyone else since and he has sought support from his GP.

He told his bank about his emotional state when he transferred the money. The bank representative told him that the money had already been withdrawn from his account. Also, he authorised it by confirming the transfer on his phone.  There is nothing the bank could do. A similar case was mentioned  in the Hackney Gazette:
http://www.hackneygazette.co.uk/news/crime-court/santander-staff-allowed-vulnerable-widow-to-leave-dalston-branch-with-49-000-cash-in-a-carrier-bag-1-5350232

An issue like this raises a question as to what extent the banks are responsible for transferring the money when it was made with the ‘authority’, ‘consent’ and ‘free will’ of the victim.  In this case, clearly, this was not a free will scenario and the consent cannot be said to have been informed rather a direct result of deception.   He was preyed upon by scammers and the bank could have taken extra precautionary measures to mitigate the losses.

There are two potential ways to remedy the blow: pursue the case through your bank at first and make a complaint to recover the money. If you were in a vulnerable position, there is a duty on the service provider to take reasonable care with your money. In this case, the financial institution has a duty of care regarding your money when consumers are vulnerable to scams.

Secondly, if you have made a transfer of money by using a credit card you can make a claim under section 75 of the Consumer Credit Act  1974  or charge back where you paid for goods or services and it turns out these were neither available or the ‘seller’ has vanished. Under the section, the credit card company is jointly and severally liable for any breach of contract or misrepresentation by the company.  For the section to apply the item or service you purchased has to be more than £100 and not more than £30,000.

If the financial institution is unable to offer an adequate remedy, try taking your case externally to The Financial Services Ombudsman and/or bring a claim in the county court.  The other option would be to contact Fraud Action to get a crime reference number and the case will be referred to the National Fraud Intelligence Bureau for analysis by the City of London Police.  According to Which?:

‘Not every report results in an investigation, but each helps build a clear national picture of fraud’.

Professional support maybe needed at some point due to psychological impact scammers can cause. If this is you contact Victim Support or Think Jessica. They provide emotional and practical help to victims of crime and scams. Samaritans Helpline is another service available, if you feel anxious and need someone to talk. If your situation is severe and you require care and support, you can contact your local council’s Adult Social Services Department. The local authority will assess your means and your health for the purpose of assessing what advice and support it can provide directly or procure from other providers. There maybe Safeguarding issues that the local authority social services department should consider in this and other matters. Your local GP can also refer you for therapy under the NHS.

There are precautionary measures you can take to avoid being scammed in the first place. If you see in a shop window or on Gumtree a ‘To Let a Room’ and you think: oh my god – this is cheap! It’s too good to be true!’  and this is your first impression then perhaps, it is too good to be true in reality. As stated by Marc Lancaster from Tower Hamlets Council’s Trading Standards on East London Radio’s Money Matters:

‘Instead of believing what is said, start to investigate it and ask a thousand questions.   Never ever transfer your money straight away or give money up front’, He emphasised that true renters are not going to ask for a transfer of money so quickly without giving a contract in the property.

As he pointed out:

‘Ask for the landlord’s identity to find out whether the person and the provider is genuine.’

According to Fraud Action:

‘Check with your student union or accommodation office as many Universities and Colleges will have an approved housing list. Also look for accreditation membership such as National Approved Letting Scheme (NALS), Royal Institution of Chartered Surveyors (RICS) or Association of Residential Letting Agents (ARLA).’

Being investigative will take you further. Your landlord or agent has to secure your rental deposit by law. The Housing Act 2004 introduced two requirements:

2.    You should be provided with prescribed information about where the deposit protected scheme provided by the landlord within 14 days of the deposit being received.

If your landlord or agent is unwilling to provide information regarding the scheme,  he or she is breaking the law.  Check whether the terms of tenancy set out an Alternative Dispute Resolutions process to remedy the issue. If it does not state a due process, the County Court is available to resolve such a conflict.  Check Shelter’s website here:  https://england.shelter.org.uk/housing_advice/tenancy_deposits

Scammers are using modern methods to prey upon victims to make money swiftly. The repeated advice would be: be cautious and ask questions before you make your decision to identify the genuineness of the person on the phone or online. If money has been transferred you must act quickly, there is a chance that the money has not gone through. Use your right to make a complaint and take it externally to challenge these companies based on the regulatory body that regulates their affairs. There are also criminal proceedings to be followed because what the perpetrators have done is criminal.  Do not to transfer your money if in any doubt. Seek advice.

Click on the link below to listen to my radio podcast:
https://www.mixcloud.com/EastLondonRadio/money-matters-april-2018/