Christmas is over - what responsibilities do creditors have now? 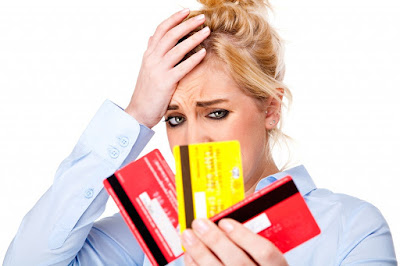 I noticed how busy members of staff at the London Community Credit Union (LCCU) were during the Christmas festive period. They were very equipped for the season by hiring extra staff. Creditors undeniably know that the period leading up to Christmas is one of their busiest. During the same period, for me, as a debt adviser, its one of the quietest.

Why is it so busy for them and least busy for me? The answer lends itself to supply and demand theory: consumers are borrowing to put Christmas presents underneath Christmas trees for their loved ones and spending on parties leading up to the New Year and holidays. In such an atmosphere, consumers are less likely to think about their debts but more likely to spend - spend - spend. The unwritten policy held by lenders during this time is to open their doors to borrowers to accommodate their seasonal borrowing habit. There is no doubt profit to be made on the return for credit.

The Bank of England states that on average a typical household in the United Kingdom spends over £2,000 per month. The same household spends extra £500 in December.  Obviously,  the spending pattern of some consumers is clear to some of us. In such a scenario what are the responsibilities of creditors when they become players in the consumer credit market?

To lend legally to consumers in Britain, a business must be approved by the Financial Conduct Authority (FCA). If it does not register as an approved lender with the FCA to undertake consumer credit activities, it is lending illegally.  The FCA can bring a prosecution against it for breaching the Consumer Credit Act 1974 and the Financial Services and Markets Act 2000. Apart from registering with the related authority, what other obligations do creditors have when coming into contact with consumers in order to lend?

To prevent an individual getting into hardship and lending unreasonably the creditor has the responsibility to assess the means of the consumer.   Under 5.2 of  FCA’s Consumer Credit Sourcebook (CONC) a firm carrying out a credit worthiness assessment required must consider:

I have been a debt adviser for over six years. I have heard stories from individuals who have lost their jobs, separated from their partners, lost money and homes as a result of gambling and have had their businesses which have gone into insolvency.

Rose Matthews explained on East London Radio on Money Matters Radio podcast, that as a mother, she had to move from full time to part time work to help with bringing up her children and that as a result she had to survive on low income:

'As my income reduced my expenses increased since I had to look after my family all alone. I have not recovered ever since. I was trapped on benefits.  As my children got older, the demand on me was even greater.  I relied on credit cards to make ends meet and support my children. I thought I could cope alone at first.   It was just got worse for me. I needed professional help.’

It maybe apparent that her circumstances have changed dramatically since she had signed the agreement with her original creditors.  In such a scenario should her creditors recover the contractual amount or take an ethical approach to her circumstances?

When a creditor gets a licence to be a consumer credit lender with the FCA, it also accepts that consumers will be treated in a fair way when they recover the debt.  Creditors do have the civil courts to apply to for recovery of the the debt legally owed to them. The question for me is - should the creditor recover through the courts when it appears that the debtor does not have the means to pay?

When the creditor has been notified by the debtor and/or his agents, the creditor must do the following under CONC 7.3.11:

'A firm must suspend the active pursuit of recovery of a debt from a customer for a reasonable period where the customer informs the firm that a debt counsellor or
another person acting on the customer's behalf or the customer is developing a repayment plan’.

Ms Matthews is yet to be notified of the outcome of her offer to her creditors as a result of my advice.  Liam Carlyle, Deputy Credit Control Manager of Lewisham Credit Union on the show explained that:

‘The creditor also has a duty to respond to the offer of the consumer within a reasonable period of time once an offer has been put forward and it cannot reject the offer without a good cause.’

Although, Ms Matthew's situation may have deteriorated for a number of years as a result of having a family, the Christmas period puts a lot of pressure on individuals such as Ms Matthews during the festive season. I am, no doubt, going to see an increase in the number of debtors seeking debt advice as consumers are now getting default notices from creditors from whom they borrowed to help finance the festive period.

If you are struggling with paying your credit card debts, please seek debt advice from organisations such as Toynbee Hall.

Click on the link below to listen to the radio podcast:
https://www.mixcloud.com/EastLondonRadio/money-matters-feb-18/

I am Ripon Ray, a qualified Debt Advisor.  This is my personal blog, all views are my own but the content is based on factual data available at the time of writing.