Be guarded in times of austerity by being careful with your money! 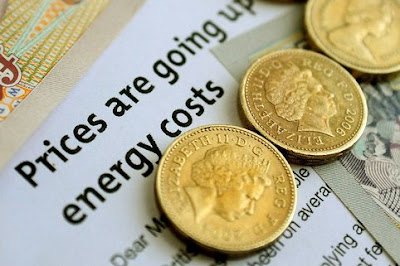 Who would have thought that in the 21st century we would be having a conversation about whether to get a voucher for a foodbank or not because we are too poor to buy food. According to the Trussell Trust, which runs a network of over 400 foodbanks, 1 in 20 people in Britain have gone without meals because they are unable to afford food, 14% of Britain has cut down on the amount of fresh food they buy in order to save money and 1 in 50 people have used food banks.

Although the data does show the state of the nation via a vis the use of food banks, the real challenge faced by those so impoverished has been caused by many factors. Some have argued the problem has been caused by ‘austerity’. Austerity’ as per Merriam-Webster is as:

‘Enforced or extreme economy especially on a national scale’

The definition maybe seen as resembling the state of Britain under the current conservative administration whereby there has been a substantial adjustment in public expenditure such that it has had a profound impact upon the local authority service provision for example.

Borrowing level of the government was at a record high level – £154bn in 2009. The new Chancellor of the Exchequer at the time, George Osborne, announced the plan was to reduce it significantly such that in 2010 the debt had fallen down to £144 bn.  At the end of 2017 financial year the deficit had fallen to £52 billion. A reduction in such numbers to balance the state’s balance sheet no doubt has human consequences.

We have seen a number of households worse off due to policy measures introduced by the government since 2010. The introduction of the benefit cap, the roll-out of universal credit, the benefit sanctions by the Department of Work and Pension (DWP) among other things.   According to the DWP, over 150,000 households had their benefit capped between 15 April 2013 as part of the cost cutting measures, when the benefit cap was introduced, and May 2017.

The National Federation of Arm’s-Length Management Organisations (NFA) and the Association of Retained Council Housing (ARCH) undertook a survey to assess the impact of the roll-out of universal credit nationally.  They revealed that three-quarters of universal credit claimants were in rent arrears, owing an average £772 a year. In the context of Job Seekers Allowance claimants, the National Office of Statistics notes that 24% of these individuals received at least 1 sanction between 2010 and 2015, with serious implications for their well-being.

In such an austere climate, managing money is not a matter to be taken lightly, otherwise there maybe serious consequences for those who are already hit by cuts in public spending. Some of these issues were discussed in the radio programme In Conversation with Ripon Ray…the Community Money Matters. During this discussion I asked Farhad Miah, (advice manager from Limehouse Project) what advice he might offer in terms of managing limited resources and he warned listeners that:

‘Planning your budget requires understanding of your income. Sometimes you might not be getting the right amount or you might be able to get other types of benefits.  It is essential that you do get advice either in terms of how to manage your money, how to get financial support or debt advice. However, once your full time income has been assessed, it is then about identifying your essential expenses to make sure that priority bills are paid beforehand to remove such financial stress and to avoid any negative consequences, before you think about spending on unnecessary things. Food, rent, council tax, fuels, and travel, and essential bills need to be prioritised – lets’ not make any mistakes about this'.

Once essential expenses have been budgeted for, there is the opportunity to save for unforeseen events to avoid getting into debt such as when your washing machine needs replacing.

However, the flip side of budgeting for yourself is the scope for looking for money saving offers. Jo Goodman of the Bromley-By-Advice Centre in the above mentioned in the programme advised:

‘Although not every product is cheaper online – food for example. It is worth looking at your local corner shop or a vegetable market for vegetables,’

In terms of fuel purchase, according to research undertaken by Which?, an additional average sum of £350 per year is being paid as a result of not changing supplier or not renewing a tariff after a fixed term has expired. Jo Goodman further mentioned in the programme that:

‘switching supplier or entering into a new tariff is essential to saving money. In fact there are local advice services that can help individuals who are struggling to pay fuel debts.’

If you do need help, you need to start thinking about it as soon as you can by visiting your local advice centre as a starting point, such as Toynbee Hall.

Sadly, the necessity for food bank vouchers is evidenced by statistics relating to the numbers dependent upon food banks, whether working or not. Thus, an advice centre can act as a gateway to a range of advice and support services for those struggling with budgeting in the context of austerity.

I am Ripon, a qualified Debt advisor for the last 5 years.  This is my personal blog, all views are my own but the content is based on factual data available at the time of writing.