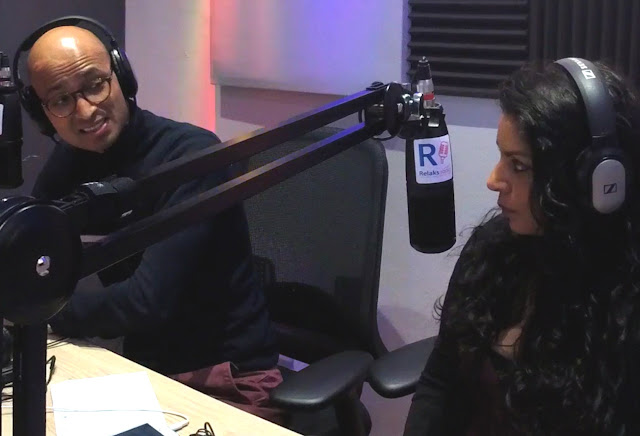 On Monju's Hot Seat, Relaks Radio,  Ripon, on behalf of UCAN,  talked about the state of Britain today in the context of welfare system and the housing crisis. Whilst on the show for two hours with Manju Haque, Ripon shared his thoughts on the way the welfare state has been transformed since its founding.

In the 19th century, a period of great industrial change in Britain, welfare services were needed to improve the conditions of workers. Germany competed against Britain to develop such a system that was about advancing the safety net for workers compete in the global economic market.  Most of the services, however, were provided by churches, charities and work house institutions.

After the Second World War the state nationalised services once provided by local organisations.There were mass social housing development programmes, the creation of the National Health Service and the welfare and social care functions provided by local governments.

Ripon went to say that since the 1980s erosion of the welfare state was beginning to take shape. The perception shifted towards demonising claimants on benefits.

August 18, 2017
It’s a well-known fact that individuals who suffer from a hampered mental capacity - be it mental health or learning difficulties - are most likely to be vulnerable in our communities. They are also more likely to be victims of miss-sold products and services by companies, even though organisations that are providing financial products and services have a duty under the Financial Conduct Authority (FCA) to take extra care towards these individuals. This is what the FCA has to say about vulnerable customers: ‘  The vulnerability of the customer, in particular where the firm understands the customer has some form of mental capacity limitation or reasonably suspects this to be so because the customer displays indications of some form of mental capacity limitation  (see  ■  CONC 2.10) But due to a culture of intensive selling to consumers, generated by employers placing and enforcing - often difficult and unrealistic - performance goals which are attached to tempting
50 comments
Read more

November 28, 2018
“Thank you so much for coming along, the ‘money’ workshops were by far the most popular, that was you and ‘Direct Payments”        Lisa Taylor Carers Coordination Service Manager           Hackney Carers Centre
18 comments
Read more

March 16, 2018
‘I have not been able to pay my council tax for last four years. Bailiffs have lied to me to get money from me. I still can’t afford it!’  says Joanna Robinson on Money Matters show on East London Radio in March 2018.   During the period 2016-17, bailiffs were used by councils on nearly 1.5 million occasions in order to attempt recovery of council tax arrears. As in Joanna's case, residents were summoned to court for being too poor to pay - accruing court costs, subjected to the ignominy and anxiety having to face enforcement agents, and already too poor to pay, further indebtedness.   As I hear the horror stories of bailiff’s knocking on debtors’ doors under the new Council Tax Reduction Scheme (CTRS), I am beginning to worry that the Scheme is really just a Poll Tax rehash. I was too young to remember what the Poll Tax was when it was first introduced in the late 1980s. My parents never spoke about it. In my work I started to notice from 2013 onwards that mo
32 comments
Read more

Ripon Ray
My name: Ripon Ray. I am a consumer debt and welfare rights specialist. I am a regular contributor to James Cannon's advice and information show on BBC Sussex. I have been on BBC Money Box, BBC London Radio and LBC. I trained the Institute of Money Advisors, Trust for London grants managers, Positive Money campaigners on a number of money and debt related issues. I specialise in universal credit and am a registered money trainer with the Money Advice Trust. My interest in education made me channel my energy on educating members of the public on universal credit by setting up Universal Credit Action Network (UCAN), a campaign and education forum. You can find more on UCAN here: Www.onlineucan.org