Hard Times: Campaigners clash with council over council tax support. Photograph: Marco Verch.
A cross-party campaign is calling on Hackney Council to walk back a recent cut to tax relief and instead provide full support to the borough’s poorest residents.
The Town Hall came under heavy fire from anti-poverty charity Zacchaeus 2000 Trust (Z2K) in September last year after it announced plans to increase the amount of council tax paid by working age residents in financial hardship.
In order to offset government cuts, the council made the decisionearlier this year to go ahead with changes to its Council Tax Reduction Scheme (CTRS), increasing the amount paid by working age claimants from 15 to 17 per cent.
The No Poll Tax 2 campaign has now started a petition calling on the local authority to think again and provide 100 per cent support through a “fully funded Council Tax Benefit Scheme”.
Z2K campaigner Jen Durant said: “We strongly campaigned against Hackney Council’s plans to cut council tax support for people on the lowest incomes.
“While we understand the financial pressure local authorities are under, we see no reason why the council is choosing to push the burden of government cuts onto its poorest residents.
“We have long argued for a return to 100 per cent council tax benefit, and we very much hope Hackney will follow the lead of boroughs such as Tower Hamlets and Camden in reinstating full support.”
The cut to council tax support for roughly 27,000 working age claimants was made in response to a predicted £500,000 rise in the cost of the CTRS,  and against a backdrop of a fall in financial support from central government.
The council initially planned a 5 per cent cut – meaning those affected would have to pay 20 per cent of their bill – but the idea attracted sharp criticism from local political parties.
The Town Hall then settled on 17 per cent, effectively a 2 per cent cut, after a fraught consultation process during which a Z2K petition labelled the original plan “absurd”.
Modelling undertaken by consultancy firm Policy in Practice (PiP) predicted that the current 17 per cent rate would leave vulnerable households “more impacted than non-vulnerable households”.
Both Hackney’s Liberal Democrats and Greens have signed up to the No Poll Tax 2 campaign, which is pushing for the council to imitate other boroughs such as Tower Hamlets and Camden in offering 100 per cent council tax relief through the scheme.
Vice chair of Hackney Liberal Democrats Darren Martin said: “Nobody disputes that funding cuts to local government have left Hackney Council with difficult choices to make, but they do have choices.
“The neighbouring borough of Tower Hamlets with similar pressures to Hackney provides 100 per cent council tax support for its poorest residents and we believe Hackney Council should do the same.
“The funding pressures are not likely to get any easier in the next few years and the reality is that the cost of the CTRS will continue to rise.
“The answer is not to ask the poorest people to pay – the solution is to find the additional funding to safeguard the scheme and protect those who need it the most.”
Debt adviser and campaigner Ripon Ray added: “Asking people to pay contributions to council tax regardless of income or circumstances is regressive and amounts to a new poll tax.
“Hackney is attracting wealthy residents and many of them can pay more. It appears that there is lack of consideration for those who are unemployed, disabled, single mothers or zero-hours contract workers.”
The campaign is also calling for exemption of bailiff action for those on council tax support “as a matter of principle”.
Hackney Green Party campaigner Samir Jeraj said: “[Bailiff action] causes immense distress to people who are already under a lot of pressure and actually only ends up driving people further into debt.”
Responding directly to the petition, Hackney Mayor Philip Glanville said that offering 100 per cent relief would cost the council somewhere between £2.6 million and £3 million.
Mayor Glanville said: “That £3 million, it would have had to come from somewhere else, it would have led to further cuts in services.
“This isn’t the only service to the most vulnerable in the borough. There’s housing support, there’s our youth services, debt advice within the council, it’s equivalent to what we spend on libraries –  I don’t want to be going to look at these services for that £3m.
“I would say to the campaigners, we are absolutely with you that this should be a fully funded scheme. The people responsible are government, and they need to return that funding to the system.
“And until they do, it’s very hard for boroughs to make up that shortfall. Boroughs like Camden have a very different shortfall in terms of number of claimants and levels of council tax, so doing it here is not as easy because we have a lot more people in receipt of council tax benefit than Camden does.
“We did a really big consultation exercise last year. A lot of the same people were involved in that consultation process, and a lot of poverty action charities and organisations both inside and outside the borough made their views known.
“We listened, and stepped back from the proposals to increase the contribution to 20 per cent.
“We settled on 17 per cent because it met some of those deeper concerns about the impact of going to 20 per cent, but it still reflected the challenge of our financial position in making sure that the scheme was sustainable for the long term.”
Mayor Glanville added that the changes to the scheme would be reviewed half way through the term of his administration, and that “halfway through the first year of the scheme operating is not the time to suddenly change.”
Email Post
Labels: council tax support debt adviser Ed Sheridan Green Party Hackney Citizen Hackney Council Labour Party liberal democrat Mayor Phil Glanville No Poll Tax 2 poverty Ripon Ray Zacchaeus 2000 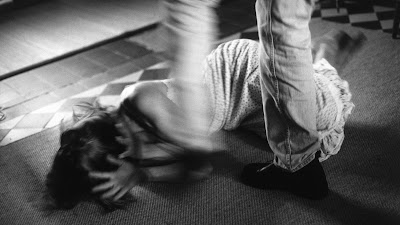