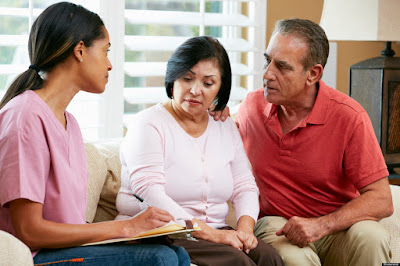 If you are a non-British national, trying to ascertain your rights in the United Kingdom can be a difficult process, perhaps more so than if you are a British national.  In addition, your immigration status will also affect the support that you may receive from the Welfare State.  For example, non-payment of an unforeseen medical bill may have negative consequences for decisions relating to applications for British Citizenship.

Britain is currently negotiating an exit from the European Union as a direct result of the implementation of Article 50 of the Treaty of the European Union. Thus far European Economic Area (EEA) citizens have the right to settle in the UK if they have already lived in the country for five years. Many of the EEA nationals are, to a degree, entitled to welfare support so long as they meet a number of tests, including the draconian Habitual Residence test. Once the tests have been met, they are entitled to benefits on the same terms as if they were British citizens.

In terms of the National Health Service, dental and optical care as well as prescriptions are all chargeable services for non-British Nationals. In-patient medical treatment is also chargeable and thus pre-existing health insurance is needed to cover medical costs.

I advised two clients who were unable to pay their debts - an Italian citizen and an Eritrean national. The Italian citizen explained to me that as he was riding his motor bike he was knocked over by a car. He was in a coma for over 6 days and broke his leg. He did not have European Union health insurance. After a few weeks of treatment, by the NHS, he received a bill to pay over £8000 for the period he was in hospital. With respect to the non-EU national, she gave birth to two children in an NHS hospital. She had no recourse to public funds. In both cases, after they were treated, the NHS sent them a bill with a warning that if they did not pay the debt within two months they would notify the Home Office.   According the UK immigration rules:

“The applicant may be refused on grounds of suitability if one or more relevant NHS bodies has notified the Secretary of State that the applicant has failed to pay charges in accordance with the relevant NHS regulations on charges to overseas visitors and the outstanding charges have a total value of at least £500.”

The EU national has been unable to pay towards the cost of the bill since his accident as he was working as a delivery man and can no longer do so. He is now dependent on means tested state benefit. In relation to the Eritrean national she is currently a housewife and mother and her husband works as a labourer. Thus for both there are concerns that they may not be able to successfully apply for British citizenship.

On the Your Money Matters radio show on Betar Bangla, I invited Mr Nasif Shafiq to talk about his debt problem on air for the benefit of the Bengali community. He has no recourse to public funds because he resides in the UK on a spouse visa. He explained on the show how he got into debt.

‘I left behind my mother, brothers and sisters in Bangladesh once I came to the UK to live with my wife. They were and are dependent on me when they need health treatment. The cost of medical treatment in Bangladesh is very high. They can’t afford to pay. I can’t ignore them when they need help to pay for their medical costs, I borrowed money.’

Keeping to the repayment was difficult financially and Mr Shafiq sought advice.

If you find yourself in debt or are having difficulties with managing your finances, either listen to my radio show on Betar Bangla or seek advice from your nearest advice centre such as Toynbee Hall. I doubt that you want to find yourself in a position where your right to reside in the UK is jeopardized because you are in debt.