Illegal and high interest lenders are not the only solution - plan your finances! 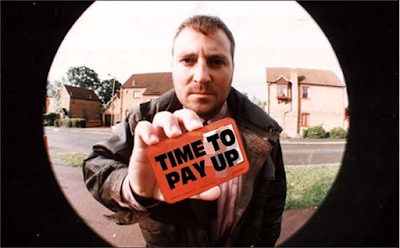 lllegal lending and loan sharks are not widely talked about in our local communities. Most of our attention has been given to payday loan and mainstream lenders who prey on vulnerable debtors due to their high interest and charges.  My experience as a debt advisor has taught me that a substantial proportion of those from deprived communities who seek debt advice are unaware of the differences between illegal lending, payday loans and pawnbroking.

The distinction between an illegal lender and a legal one rests on the failure of the illegal lender to seek approval to operate as a commercial lender, from the Financial Conduct Authority (FCA), as the regulator of financial services in the UK. According to provisions of the Financial Services and Markets Act 2000, any UK financial activities have to be regulated by the FCA unless legally exempted from such regulation.

In the following report published by the regulator: Shining a light on illegal money lending: consumer experiences of unauthorised lending in the UK, the behaviour of such lenders is explained:

'Lending money to individuals without regard to the rules and requirements of the regulatory framework… But the common theme we heard is that consumers that use such lenders have exhausted all available resources and have a desperate and urgent need for money, often being tipped into using it by a crisis or unexpected particular shortfall in income. '

‘Initially they may appear very friendly, however, once you have defaulted they end up using intimidation, harassment and on some occasion violence.’

She gave an example of a young woman who was punched in the face at a house party in front of a room full of her peers as a punishment for non-payment. No one would report the attacker even though many people saw what had happened and who had done it.  However, such individuals should be reported to the police and to the Illegal Lending Team in order that prosecutions can be pursued for illegal lending and any other related criminal activities. The Team has a successful track record in pursuing those who undertake such illegal lending and other criminal activities. Jenny Cooks further advised that:

‘We have secured over 380 prosecutions leading to a total of 325 years by way of custodial sentences. We have also written off illegal debt amounting to £72.5 million and helped over 72000 victims’

Payday lenders have also understandably received bad press.  They are also known for short term lending and typically lend upto £500 to be repaid over a short period of time including up to ‘pay day’. Although these lending companies have been approved by the FCA, their recent change in the cost of short term borrowing led to the regulator to intervene in order to prevent exploitation of vulnerable consumers who are already suffering from financial hardship.  Prior to 2/012015, interest and fee charged by payday lenders were subject to their discretion and the regulator did not interfere in the consumer credit agreement between the companies and the consumers. For this reason, many of these companies were able to get away with charging consumers very high Annual Percentage Rate of interest (APR). For example, Wonga, Britain’s biggest payday loans company, was able to get away with charging 5,953% APR on loans.

When the regulation introduced the new provisions the APR charged by Wonga was reduced to 1,509%. The reason for such a reduction was simple: the regulator decided that the payday loan companies are not allowed to charge for a 30 day loan more than 100% of the amount the consumer borrowed. According to the Financial Times, when such interest rates and charges were capped a third of the payday lenders stopped operating in the UK because they were unable to sustain their business. Out of 400 companies that had a payday licence, only 247 applied to continue offering high-cost, short-term credit after 2015.  I have also noticed a significant drop in local residents coming in to seek debt advice at Toynbee Hall related to payday loans debts. Citizen Advice has also stated that the number of debt clients with payday loans has halved since the introduction of new rules.

Pawnbrokers are rarely talked about by mainstream press or even by the FCA. They are one of the oldest lenders in living memory and found mostly on high streets of deprived areas.  They may also be known as pawnshops that offer secure loans to individuals with items of personal property used as collateral.  In chapter 6.6 of the FCA rules (CONC), it lays down exactly what information the companies have to record when an item is either pawned, redeemed or sold. These companies have to keep details of the financial differences between the amount for which an item was originally pawned and how much it raised at sale. Furthermore, they must keep records of a prescribed length of time: five years for which an item was pawned or three years from when it was resold.

Many of debtors I have given debt advice and borrowed money from pawnbrokers believed that when an item is with a pawn shop, they would lose their item if they defaulted in paying the amount they borrowed with interest. In England and Wales, if you borrow £75 or less, the item will become the property of the pawnbroker on default. If the amount is more than £75, the broker can sell the item but only after giving the borrower 14 days’ notice, in order to give the borrower the opportunity to repay the loan and collect the deposited goods. If the pawnbroker does not give you such notice and the property has been sold, a complaint can be made against the broker to the Financial Services Ombudsman and action taken in the county court.

As a reaction to the activities to the illegal lenders and high interest lenders, the Treasury announced a plan, during the 2008 financial crash, to encourage the expansion of credit unions in the UK. The Credit Union Act 1979 was amended by the Legislative Reform (Industrial and Provident Societies and Credit Unions) Order 2011 which came into force on 8 January 2012. It removed restrictions on membership to reach out to new groups by serving more than one group of people, provide services to community groups, businesses and social enterprises with specific business loans and to offer interest on savings, instead of a dividend, in line with mainstream banking.

On the whole, however, before you take out a loan, you do need to be able to save money regularly.  Fundamentally, the culture of such an organisation is very different from mainstream lenders in as much as that a credit union encourages you to save your money in order for you to be in control of your finances. The amount of interest it charges is 3% per month or 42.6% a year APR.  Any profits made by such an organisation goes back to paying their members, staff and running such an organisation.

Sian Williams, Director of the Financial Health Exchange at Toynbee Hall, explained on the Money Matters Show that there is another way out – planning your budget. She advised that the best way to address unforeseen circumstances is actually to plan for future unforeseen events.

‘There are organisations that are available that support individuals to develop their skills in money management where an individual can learn ways to save money through money training.’

She gave an example of a group of women who were assisted to look at their overall income and to explore ways to save money e.g. use price comparison websites and changing utility providers. Thus enabling the scope for some savings and a greater ability to provide for unforeseen future circumstances. Advice and Support is also available in the context from Capitalise Debt Advice: 0808 164 2480.

If you are suffering in silence because of the fear of being harassed or intimidated by a loan shark or struggling to pay high interest debts, there is advice and support available. However, the most importance aspect to resolving your debt problem is to realise that you have debt problems in the first place; otherwise, it will be impossible for you to realise that there is a problem with lending, legal or otherwise. It is incumbent on us to look at our spending, however, in light of our income, have regard to advice and support available relating to income maximisation and debt advice as necessary, to assist in this process.