Tough times continue for those with disabilities 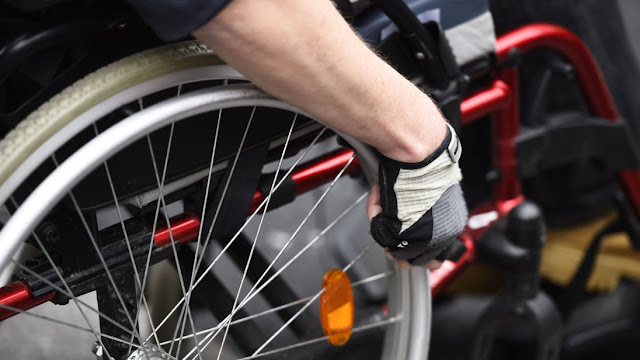 There has been some improvement in the way disability is perceived by the general public. However, we still have a long way to go to address issues for those with disabilities in terms of access to services and with managing financial difficulties.

A survey conducted by Scope, a national disability charity, indicated that the percentage of disabled students bullied at school declined from 47% in 1994 to 38% in 2014. However, the same survey found that there had been an increase in the percentage of those with disabilities turned away from public places from 34% in 1994 to 49% in 2014. A similar concern arose in terms of those with disabilities expressing concerns about being unable to makes ends meet - 39% in 1994 rising to 49% in 2014.
Many have turned to the use of credit cards and loans to pay for essential items such as food and clothing. There has also been considerable use of food banks to meet basic nutritional need. It is well documented evidence that those with disabilities spend on average £550 more per month on disability related costs such as increased heating bills, purchasing privately sourced equipment to aid mobility and paying for taxis to help with getting about due to the lack of or inadequacies of community transport services.


In my previous article, I outlined the steps the current Conservative government has taken to reduce the national debt. The consequence of such a deficit reduction strategy on individuals has no doubt affected by disability. These groups are affected in two different ways due to austerity measures: cuts in their benefit by the Department of Work and Pension (DWP) and the reduction of social care support provided by local authorities.

The Welfare Reform Act 2012 introduced major changes to the benefits system. Personal Independence Payment (PIP) was introduced as a means tested benefit to assist with the extra costs associated with disability for those aged 16-64. It was introduced to replace Disability Living Allowance (DLA). The result has also made it mandatory for existing DLA claimants to undergo medical assessments to determine eligibility in an often inhumane manner with grossly inequitable and unjust results.

The Act also introduced Universal Credit which has led to rent arrears and evictions for those in receipt of this benefit.

The inequity of the benefits system is highlighted by data relating to Tribunal cases in the first half of 2016 which indicate the DWP lost 62% of ESA cases. During the second half of 2016 65% of DWP PIP decisions were overturned by Tribunals.

Funding to support short term packages aimed at rehabilitation and fostering independence, post acute episodes of ill health, in order to support people at home, cannot keep pace with an ageing and vulnerable population. Similarly, ongoing care packages are being reduced or declined as a result of the same financial pressures. Thus, there is increased pressure on family and carers to fill the gap in care and support.

A further impact of the cuts to local authority funding is the closure of care homes due to their inability to continue financially. They report their inability to continue in business on the basis of the rates that the local authority can afford to pay weekly to place vulnerable people in their homes, in light of the significantly reduced budgets as a result of government austerity measures. According to the BBC, 70 care homes had closed down in the first three months of 2017.

It was within this austere context that I interviewed Helen Hicklin on the Money Matters Show on East London Radio. She had approached Toynbee Hall for advice regarding repayment of her student loan debt. Her health conditions including diabetes, high blood pressure, arthritis and slipped disc had made it impossible to continue with debt repayments. She used her PIP to lease a mobility vehicle without which she would not be able to access the community, its services and would risk becoming socially isolated.

With debt advice and advocacy Helen’s debt was written off after my intervention under Toynbee Hall’s auspices.


To conclude, while there may have been some positive development in public perceptions of disability, there remain major issues in terms of access to social care, public access to buildings for those with disabilities, as well as access to benefits and debt advice and many other factors. All of which have major implications for social inclusion for those with disabilities in wider society. As such a huge battle continues to be fought in local communities and in Parliament and the courts in order to shape and improve support, advice and social inclusion for those vulnerable and financially impoverished members of society and their families and carers.